The Monastery of Metamorphosis

The olive groves of the Monastery of Metamorphosis, which produce our olive oil and honey, are situated in the area of Molai, in Laconia Greece. The Monastery itself has a very long history, dating back many centuries. It is mentioned for the first time in 1301, in a so-called “chrysobull” or “golden bull”, i.e. an imperial decree, by the Byzantine emperor Andronicus Palaiologos II. It also appears in documents dating from 1699, at which time the Peloponnese was under the Republic of Venice, following the Morean wars; the Monastery of Metamorphosis is listed there as belonging to the ecclesiastical fortune of the Monemvasia (the Venetian “Malvasia”) metropolis. In the 1699 census, the Monastery of Metamorphosis is described as having been renovated 2 years previously, therefore in 1697, a fact which implies its establishment and presence for a long time prior to that date. According to this same census, there were present at this time in the monastery 1 abbot, 2 priest-monks, 4 monks, 3 workers paid for by the monastery, and 5 children. Remarkably, it’s clearly stated that these 5 children were learning the Greek language in the monastery, indicating its active role as a so-called “hidden school” for teaching the Greek language and Christian doctrine under Ottoman rule. In the surrounding lands belonging to the monastery, as described in the census, there were “horses, sheep, goats, honeycombs, olive trees and many other planted trees.”

At a later time in Greek history, in 1824, as indicated by government documents found in the Greek state archives collection, the monastery’s “sound function, material interests, viability and protection” were particularly highlighted “for praise and due attention”, so that they “be taken good care of, for the benefit of the Nation.” For this reason, the local authorities of the Monemvasia city and fortress, under whose jurisdiction the monastery was placed, kindly asked on the 20th of December 1824 that the state’s top officials issue “intense and strict orders securing the above purpose.”

In 1828, Monemvasia’s statistical authority issued a comprehensive inventory/census of the entire province. This contains a detailed report on the “Monastery of Metamorphosis in the area of Gagania, Molaoi”, indicating its borders and other pertinent information. It’s quite remarkable that this report records the monastery’s territory as including “a cultivated land of 300 acres” specifically devoted to the cultivation of olive trees, listing at that time 587 such trees. Therefore an olive grove, the very same from which our extra virgin oil is produced, was already established at the site, strongly benefitting from the two natural freshwater springs present there. The number of 587 olive trees listed was considered a huge quantity at the time. That’s largely because when Ibrahim Pasha raided southern Laconia in 1825, passing through the Gagania and Molaoi areas with an army of 17,000 men, as part of his expedition in the Peloponnese, he burned and razed to the ground all the territories he came across. But some of the Metamorphosis olive trees escaped his wrath! Thus, one of the oldest varieties of olive tree was established and became known as “the Monasterian” variety, enjoying an ever-increasing reputation since.

The Monastery of Metamorphosis with its surrounding lands has been in our family for more than a century now, acquired from its last abbot who went by the name of Panaretos. 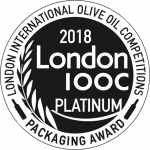